“Walden,” the novel by transcendentalist Henry David Thoreau, serves as a reflection upon simple living in natural surroundings for personal growth and spiritual discovery. This influential piece of American literature, which specifically captures Thoreau's experiences while living in a cabin near Walden Pond, has inspired both the design and lifestyle of the home so aptly named Walden House in West Lake Creek, Edwards.

Ideally positioned atop Whiskey Ridge, the home rests on a vast, secluded parcel of land that is remarkably level as compared to many other high-elevation properties. This unique topography overlooking rugged alpine terrain contributes to a sense of being “perched up” in addition to providing unrivaled privacy and walkability. Surrounded by National Forest land and commanding dramatic scenery on all sides, the property looks out upon Vail’s Gore Range to the east and the New York Mountain range to the south.

While the 10,515-square-foot home clearly surpasses the quaint notions of a little cabin in the woods, the sentiment and principle of organic living among a natural backdrop certainly rings true. The highlight of the Walden House and perhaps its most distinctive feature is its surroundings and how the home brilliantly interacts with them. Wrapped in floor-to-ceiling glass, the home’s living spaces seamlessly extend outdoors and create a sensation of floating on the surface of the pond.

Designed inside and out by renowned architect Annabelle Selldorf, the home itself is a modern work of art, recognized worldwide for its bold yet simple presentation, blending the natural environment with everyday living. A Medal of Honor recipient from the American Institute of Architects, Selldorf rarely designs private homes at this stage in her career, turning her attention to galleries, museums, libraries and other public spaces around the world. Her genius influences every square inch of the home, from the custom escutcheons, cabinetry and hardware, to the deeply scrutinized natural and artificial lighting, which is among her top priorities.

Built in 2009 by George Schaeffer, the exterior of the Walden House is comprised in large part by locally sourced beetle-kill pine, which is not only a tribute to the natural resources of the area, but also one of the home’s most compelling and unique exterior attributes. Other materials used in the construction of this contemporary design include shimmering copper shingle siding and hand-stacked Anasazi slivers set with a deep raked mortar joint, which accent the exterior and establish a sense of harmony with the surrounding environment.

The home’s living space beautifully circumnavigates a natural courtyard that is visible from almost all points within the Walden House, creating connectivity on all sides of the home while allowing for ample space. Columbines and maple trees, which change color with the season, are among the inhabitants of the interior courtyard, drawing natural elements into the home yet again.

Within the home, restraint and consistency were paramount. The Douglas fir end-cut hardwood floors flow from room to room, connecting hallways to bedrooms with seamless transition. Meanwhile, hidden pocket doors serve as a unique feature throughout the Walden House, combining a neat and clean design with a functional ability to section off various open living spaces. Although grand in its footprint, the scale and volume of each area were curated with purpose — to enable family interaction while serving as a friendly venue for entertaining guests.

Walden House exists almost as a ranch-style home with all components on a single level, except for one element in particular: a three-bedroom tower that resides on the east end of the structure. These three nearly identical bedrooms are perfectly stacked with the master bedroom perched at the top. A modern staircase with an inverse design pattern wraps around the three bedrooms leading to the top level — a feature that has enabled the current owners to wish their youngest goodnight en route to bed.

Separate from the main house is the contemporary pool and glass-encased cabana-gym, which serves as an isolated retreat for daily workouts and summertime swims, surrounded on all sides by pristine beauty and dramatic scenery — an inescapable theme at the Walden House.

The pond and the home itself exist perfectly among the natural environment that surrounds them — meticulously planned by landscape architect Edwina Von Gal with the goal of preserving the natural appearance and ecology of the property. Known specifically for the prioritization of natural beauty and utilization of native species, Von Gal tapped indigenous elements of sagebrush and cattails around the pond to create a truly authentic environment. In fact, the goal in many ways was to create the absence of landscaping, rather than the predominance of it.

The pond —which is accessed by a floating dock immediately off the home’s back porch, as well as a dock-gazebo at the pond’s center — offers more than pretty scenery; it fulfills a number of outdoor activities from fishing in the summer, to pick-up hockey and ice skating in the winter.

On all sides of the property winds a nine-mile network of private and semi-private trails, many of which are owned and operated by the Cattleman’s Club, the local homeowners association. Through these trails, your barely visible closest neighbor is 10 minutes by ATV and a half-hour by car on public roads.

Achieved in close proximity to downtown Edwards and Vail and Beaver Creek ski areas, the Walden House marries the best of rural Colorado living with all the amenities of the Vail Valley, where dining, entertainment and culture exist alongside world-class skiing and summer recreation.  With Gold Dust Peak immediately in the backdrop and an almost-infinity edge presence over the valley below, a more picturesque and tranquil setting you will not find in the mountains. 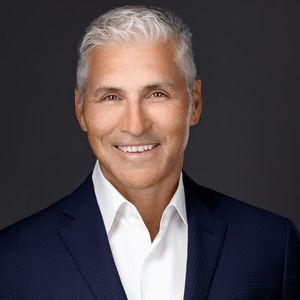